Saigon (aka Ho Chi Minh City) is a place I did not expect to like, but ended up loving very much. If you were brought up in Asia just like me, the place would offer you a sense of familiarity. But then, there are certain things that make it different in a good way. Perhaps it is because of the history of the entire country, which includes being colonized by the French, and having fought the US during the Vietnam War. Nonetheless, I bet anyone would enjoy and find comfort in this beautiful city.

I went here in the month of May, which was perfect since there were no rainfalls at all. I was used to the humidity in Manila so there was no adjustment necessary. If you have two full days to spend in the city, here are some of the things that you can do. Consider this as a sample itinerary and a travel diary at the same time. Enjoy!

This reminded me so much of Ermita in Manila.

We stayed in Luan Vu hotel (located in Bui Vien). We paid about 500 pesos (converted) per night per person. They served free breakfast. Good deal!

Meet Ngan, the sweetest receptionist ever!

After breakfast, we took a cab to the Reunification Palace. Cab fare was really cheap. Also, the most trusted taxi companies are Vinasun and Mailink. 🙂 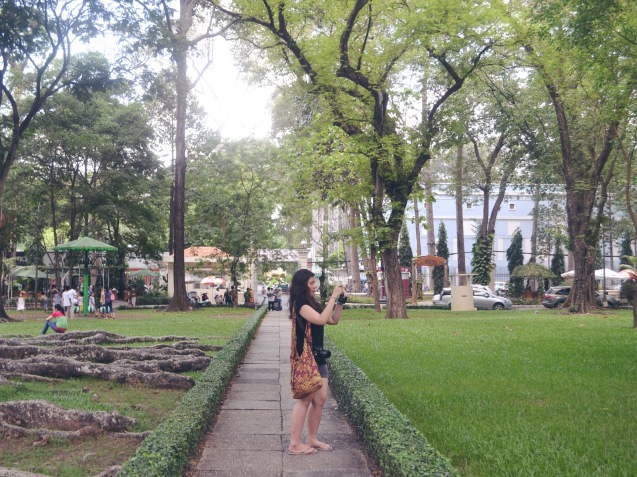 The tourist. LOL. This was at the yard behind the palace, which was like a park.

OF COURSE, YOU SHOULD EAT PHO! We walked from the palace to one of the parks and then found this pho place. We were hungry and I was already dying to have that authentic pho experience. Pho Huong Bac was at the right place, at the right time.

We noticed how almost every dish was served with lime and mint leaves.

We walked a bit more to find this beauty…

Coconut water to lighten up your mood 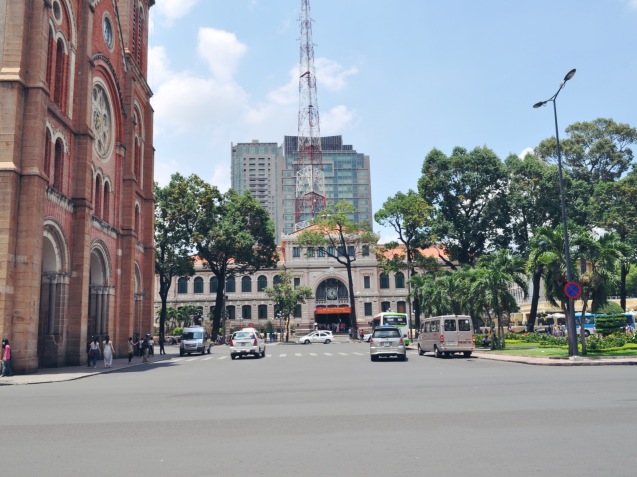 See how close the cathedral is to the post office. 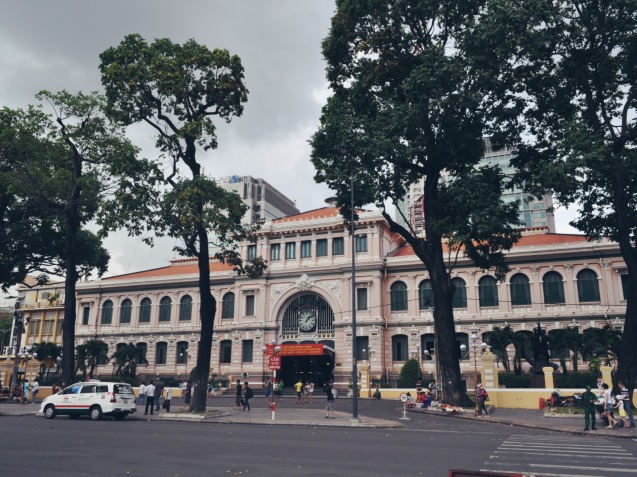 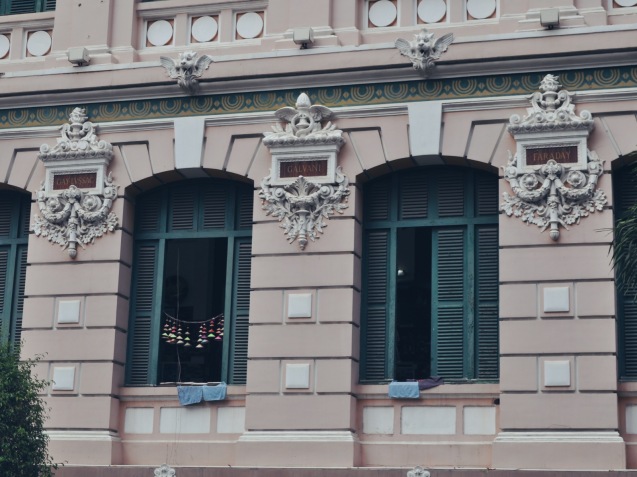 I sent postcards to my parents and some of my friends. 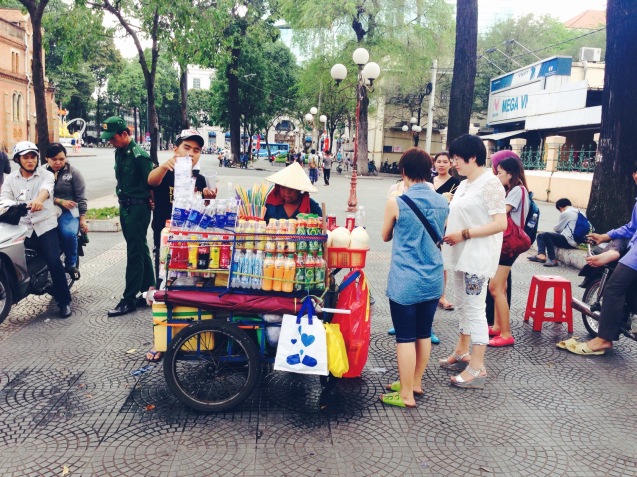 Everyone gets thirsty eventually. 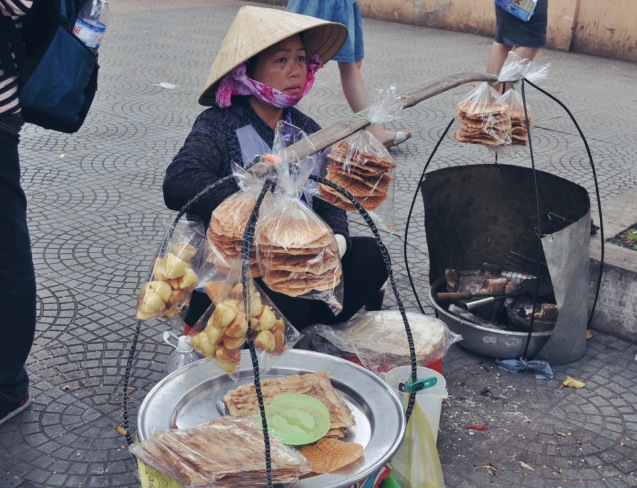 Loved the thin waffles from this lady!

We then walked to see the War Remnants Museum. 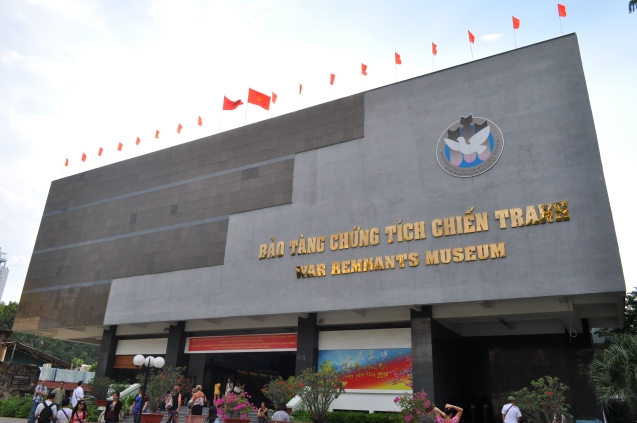 Inside were galleries of paintings and photographs, and exhibits of various guns and other weapons used during the wars. 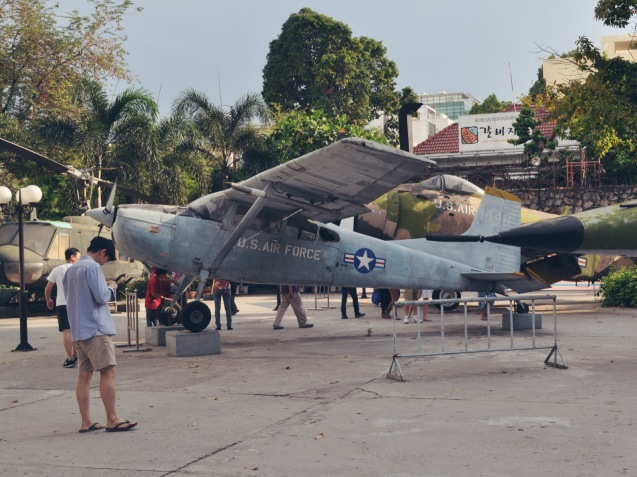 It was too painful to see how human beings treated each other during the Vietnam War.

Honestly, the War Remnants Museum was the place I liked the least. I guess I don’t even have to explain myself. From here, we took a cab to Ben Thanh Market. Get your haggling game on in this place. I bought most of my “pasalubong” here — purses for my friends, harem pants for myself and my mom, Vietnamese coffee, and clothes for my Tatay and brother.

All smiles at the Ben Thanh Market

It was tiring to search for good items and haggle with the sellers, but every effort was worth it! We went back to Bui Vien Street through a cab then walked along the street to find food. There were several restaurants and food stalls in the area. You’ll never get hungry. Or if you ever get hungry, you’ll always find good food to eat. 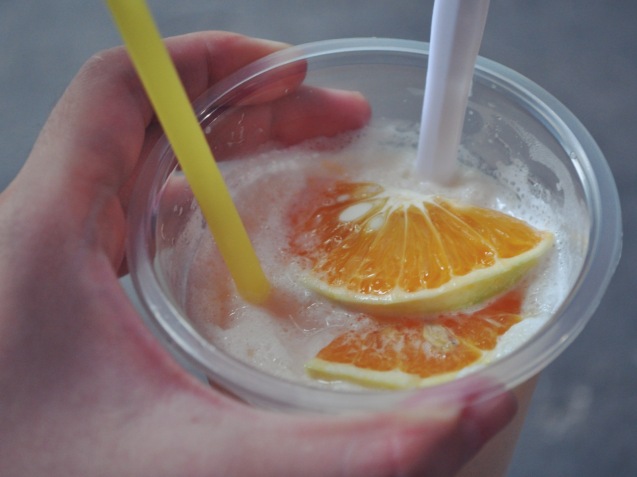 I still dream of this dalandan smoothie sometimes… 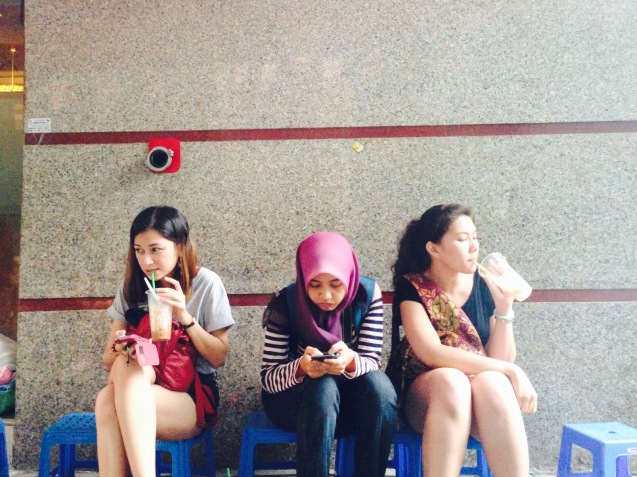 Meanwhile, at the convenience store…

We went back to the hostel to freshen up and then walked along the busy street of Bui Vien afterwards.

We booked a day tour to Cu Chi tunnels through the hostel. The bus picked us up right in front of the hostel. Make sure to arrange this trip at least one day before. 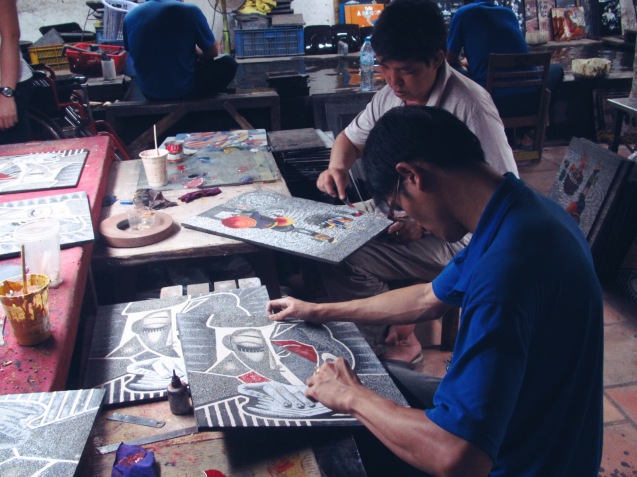 I didn’t buy anything because the items were too expensive for my budget. The most unique pieces were the wall decors made of intricately placed egg shell pieces (like what the men in the photo above are making).

We then headed to Cao Dai Temple.

The Cao Dai Temple was finished in 1955 when the Cao Dai Army was formed following the Japanese occupation of Indochina. Caodaists believe that all religions are ultimately the same and seek to promote tolerance throughout the world. The Lord Buddha, Jesus Christ, Muhammad and Confucius, in addition to Joan of Arc and Julius Cesar are all honoured at this temple. (via vietnam-guide.com)

Everyone removes his shoes before entering. Also, wear clothing that covers your knees.

We had lunch in a restaurant on the way to the Cu Chi tunnels.

The tunnels were used by Viet Cong soldiers as hiding spotsduring combat, as well as serving as communication and supply routes, hospitals, food and weapon caches and living quarters for numerous North Vietnamese fighters. The tunnel systems were of great importance to the Viet Cong in their resistance to American forces, and helped to counter the growing American military effort. (via Wikipedia) 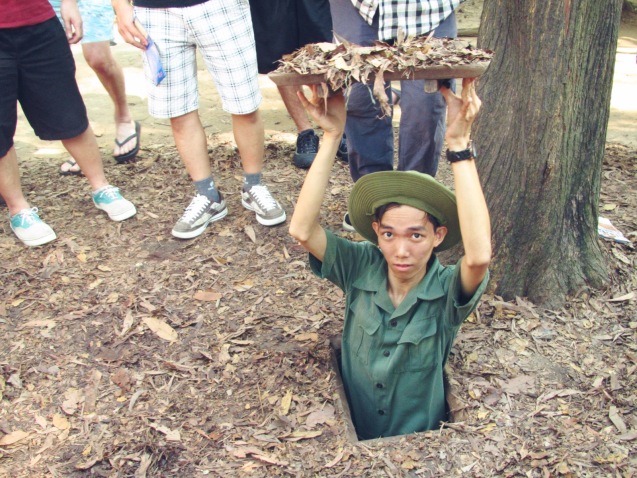 Everyone had the chance to get inside the tunnels.

With Laysa (my best friend since high school), Mark, and Wana ♥

There was also a shooting range but we did not bother to try it. 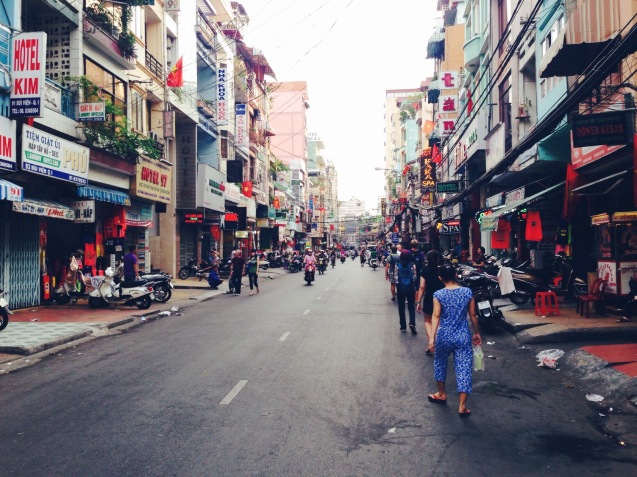 Back in Bui Vien Street

We watched The AO Show at the Saigon Opera House. If you have the time, please don’t miss it! We bought the tickets in advance through the hotel.

They are great performers!

At Trung Nguyen — apprently, the most famous coffee chain in Saigon 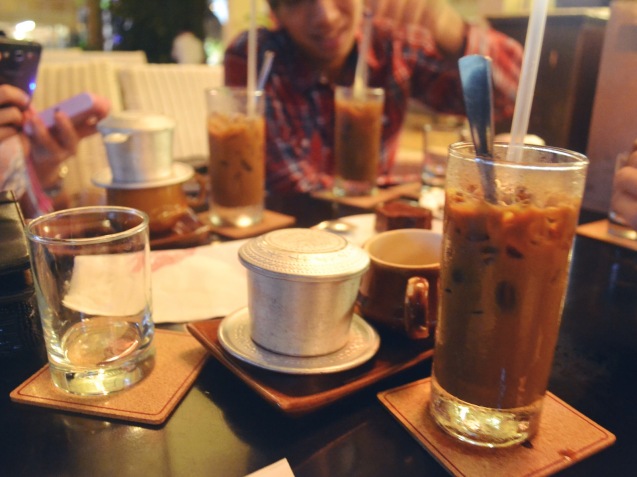 So good, hot or cold! 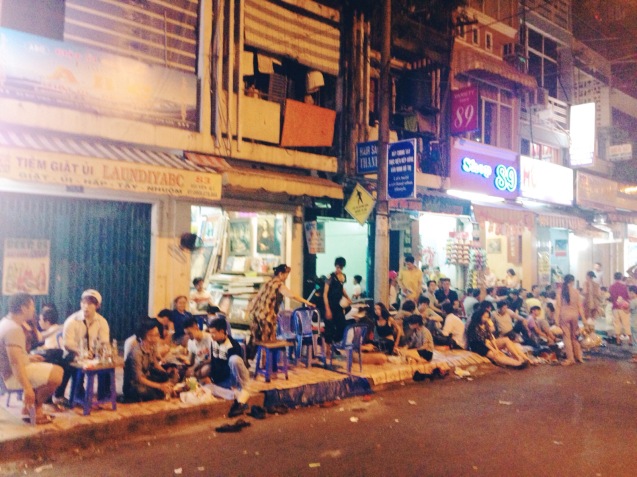 Bui Vien Street at night — full of energy and people (both tourists and locals) bonding over food and alcohol, may it be inside or outside the shops

So, when will you book that flight to Saigon? Honestly, I would like to go back someday. I want a taste of all the must-eats in this city!

Some of the photos are from Laysa, Mark, and Wana.

One thought on “When In Saigon”