Before we welcomed 2016, I bet most of us have formulated resolutions already. I even wrote them down para mas mukhang legit. Of course, one of my resolutions (more like goals) is to have a healthier lifestyle. For sure you’ve read a lot of articles on how to live a healthy life or achieve one’s goal weight. We could agree that it’s best to avoid sugar (candies, syrup, etc) as much as we could, right?

*Not all exes are gago. Hehe 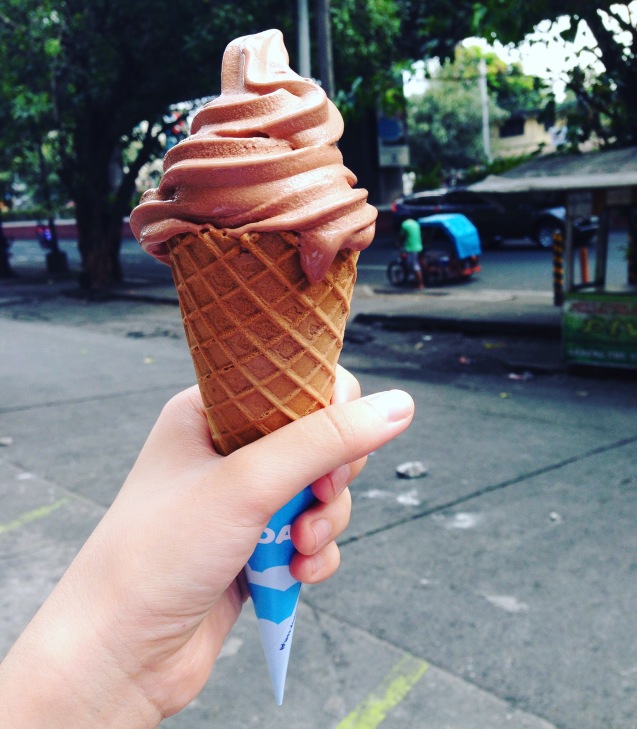 Pero sa mundong ito, lahat ng masarap ay bawal (chos lang, guys). Of course, eating too much sugar can be dangerous to your health; especially if you’re diabetic. Sooo, what did the capitalists, together with the concerned scientists, do? They formulated sugar substitutes (think of Splenda, Equal, and the like) — more expensive than real sugar, less tasty (in my opinion), but definitely contain less calories. These have been out on the market years ago and a lot has been proposed about the health hazards associated with them.

I have been consuming Splenda for some time now, mostly to sweeten my coffee. Also, when ordering from McDonald’s, I end up with Coke Zero (which allegedly contains no calories) as my top pick for my value meal. Moreover, who would refuse a slice of that “guiltless” chocolate cake from Coffee Bean or Starbucks? Not me, if it’s for free, haha. 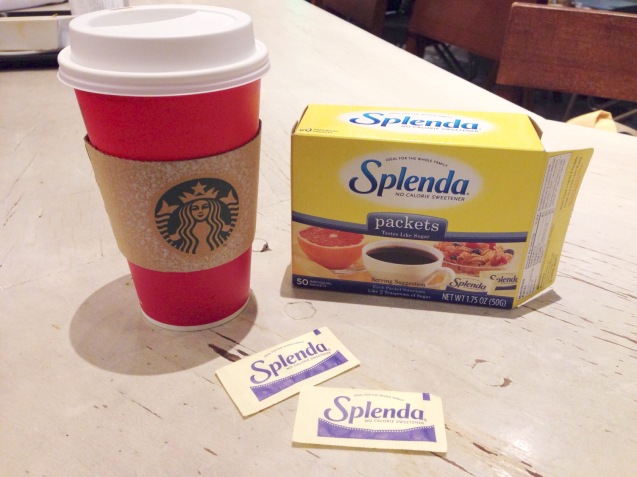 One to two packets to sweeten brewed coffee…

I was curious how these artificial sweeteners affect our health so I did a little research. Here are some of the things I learned about them:

1. Sucralose is the generic name of Splenda, aspartame of Equal.

They have different properties when metabolized by the body but basically, they’re both artificial sweeteners.

2. Are they really calorie-free? The anwer is NO.

One gram of Splenda or Equal contains four kcal. One gram of table sugar also contains four kcal. Eh naglolokohan ba tayo dito? No! It’s just that Splenda, for example, is about 385 to 650 times sweeter than table sugar. So, if you need two tablespoons of brown sugar to sweeten your coffee, you’ll need much less if you’re going to use an artificial sweetener. Hence, less calories for you!

Well, this is the harder question to answer. Aspartame (Equal) and Sucralose (Splenda) have been declared safe for human consumption by the US Food and Drug Administration, and other countries. But then, there are matters that remain to be unclear, like how they affect metabolism of certain drugs or what their long-term effects are.

I heard rumors about these artificial sweeteners being linked to development of cancer. There is one study which revealed a link with consumption of artificially sweetened soft drinks and the risk of early menarche (aka onset of menstruation). Early menarche is a risk factor in developing breast cancer. However, a meta-analytic review (meaning, ideas from different articles combined) noted that aspartame has no significant carcinogenic or cancer-causing effect in rodents. We are not rodents, though. It’s hard to base decisions on studies conducted in other animals. Huhu

4. We can follow the acceptable daily intake prescribed by the US FDA…

Since there are no concrete studies that define the over-all safety and danger with consumption of artificial sweeteners, we can’t totally reject or promote the use of these. As for me, I am not going to throw away my remaining Splenda packets, but I’ll just limit my intake and stick to the recommendations I have previously talked about. I’m pretty sure I can’t even consume 10 packets in one day.

With or without Splenda, let’s do our best to achieve our 2016 heath-related goals, okay?

You may share this with your family and friends! 🙂

Listed below are my references. You may want to read these to learn more.

One thought on “Is sugar-free good for you?”